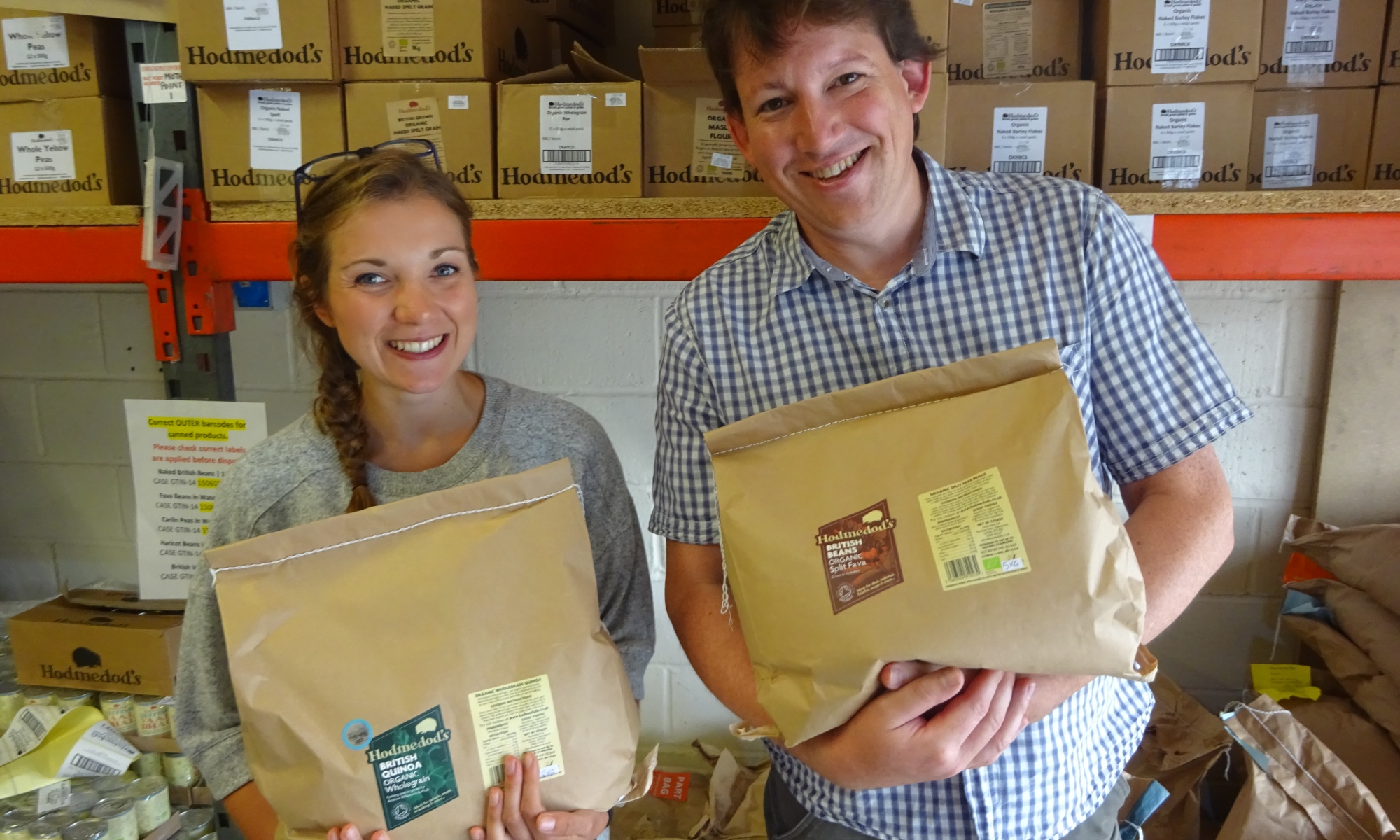 The David Attenborough-fronted Blue Planet II series may have ended in 2017 but its influence in highlighting the issues around plastic packaging is still being felt.

One seed and pulse supplier said it has seen a huge increase in the number of enquiries from zero waste shops since the BBC One programme aired last year, and said it has helped build a collective demand for compostable packaging materials.

Suffolk-based Hodmedod’s said it had been trying for several years to switch from plastic to paper sacks for its quinoa, lentils and other grains, but had been told it wasn’t tough enough to withstand the mechanical filling process.

Co-founder Josiah Meldrum said: “Three or four years ago we began making enquiries but we just hit dead ends. We were really struggling to get packaging manufacturers to understand what we wanted. We had been struggling until Blue Planet.”

Meldrum said: “Our biggest processor Dunns has finally started packing in paper for us. They called us up and said they could do it, initially the mechanised process was too rough for the paper and would tear it.”

Hodmedod’s, which announced its intentions to reduce plastic in its supply chain earlier this year on Twitter, already uses a compostable film for small packs, which is made by a company in Cumbria.

Talking about another part of the packaging, Meldrum said that last year so many small companies asked for a sustainable Sellotape alternative that manufacturers were able to offer it.

“You need a critical mass of small businesses and then you get a sea change,” he said.

The company has also been trying to replace plastic pallet wrapping with sustainable alternatives and find biodegradable adhesives for labels.

Interest in reduced packaging is growing across the supply chain, according to sales and business development manager Emma Wilkins, who said: “It’s incredible how one programme can cause such a change. Before Blue Planet, we supplied one or two zero waste supermarkets. Now we get three or four enquiries a day.”

The final episode of Blue Planet II, which aired on December 2017 and was watched by over 10 million people, featured a rallying call from Attenborough for people to do more for the planet. “Never before have we had such an awareness of what we are doing to the planet,” he said in a closing speech.

Hodmedod’s packaging strategy is built around biodegradable materials as the company remains unconvinced about the rates, and the validity, of current recycling processes.

“The reason we’re keen to make our packaging compostable rather than recyclable is we are convinced that recycling rates are abysmally low, even where it’s supposedly happening we think it goes for heat incineration, or it gets shipped abroad, or it goes to landfill,” said Meldrum.

“Until something improves in the forward lives of these products, we prefer to look at compostable materials. Of course, the ideal situation is to not have plastic at all.”

The company, which won Best Food Producer at the BBC Food and Farming Awards in 2017, has begun experimenting with vertical form fill packaging, an automated technique where a bag is manufactured and filled simultaneously, and has been traditionally used on crisp bags. It uses much less plastic, or can be used with compostable materials.

“In the past, contract bag packers have been really reluctant to produce these for us, as the temperature control is much tighter for compostables,” said Meldrum.

Talking about the revolution in consumer perception of plastic, Meldrum said the plastic industry is “very defensive” and compares packaging alternatives such as glass or Tetra Pak. “They talk about things like relative weight and use of energy to produce them,” he said.

“They’re answering the wrong questions. We need to fundamentally change the system. We get our food in the wrong way.

“That’s what the zero waste shops are starting to achieve. Farm shops and retailers like Booths are using dispensers for things like cereals. From a brand point of view, packaging is important for food safety, but also the brand messaging.

“But you can get interactive screens in the refills that can help tell that story. It would be interesting to see more shops going down that route.”